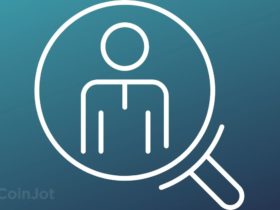 In what would be a first for the cryptocurrency space, Coinbase is looking to go public. According to Reuters, sources are saying that Coinbase is preparing an IPO for 2022 or even later this year.

The listing would still need to be approved by the United States Securities and Exchange Commission, but most do not see a blockade there. Coinbase and the SEC have cooperated with positive results for the crypto company.

The SEC declined to comment on the rumor and a spokesperson from Coinbase said that the company does not respond to speculation. But that did not stop the crypto world from chiming in.

Joseph Todaro, managing partner of Blocktown Capital says this could send the cryptocurrency market on a great run.

Anytime a cryptocurrency or blockchain company makes a move that would mesh the traditional financial sector with the world of digital assets, a bullish sentiment tends to arise. Many experts in the financial field have advised that buying stocks in blockchain and crypto centered companies is a safer way to invest. In November of 2019 there was even an article in the Wall Street Journal titled “Want to Invest in Crypto? Think About Buying Stocks.”

Coinbase is already considered a qualified custodian and is working to ensure that they are an attractive landing spot for all kinds of investors.

Going public would give outsiders looking in a way to invest with confidence. The familiarity of a stock offering is much less intimidating than learning new technology. So a move to go public could bring a new wave of money into the crypto space.

Even though the news was not confirmed by Coinbase themselves, Binance’s Changpeng Zhao issued a congratulatory statement on Twitter.

“I usually don’t comment on other exchanges. But would like to congratulate Coinbase on the IPO plan. Pushing/paving the way for other crypto businesses.”

But the Binance CEO let everyone know that he still has no intentions of going a similar route as Coinbase.

“And to answer the question. No, Binance is NOT planning an IPO. We plan to decentralize more.”

While many cryptocurrency enthusiasts embrace crossover ventures into the traditional financial markets, others still steadfastly demand decentralization and separation from fiat money. But it seems we are entering a world where it’s inevitable that these industries mix.