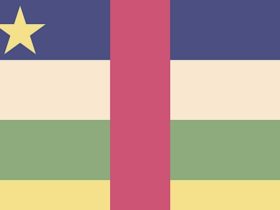 Users of CashApp, the Bitcoin supporting payment app in the United States will be able to invest a part or all of their salaries through the application from April 7.

This was made public through the platform on the same day through a release by the Cash App Product Lead, Miles Suter during the Bitcoin 2022 Conference in Miami. The product, named ‘Paid in Bitcoin’ enables users who have activated cash cards in their apps to easily convert a portion of the funds that they have deposited to BTC.

The configuration supports the conversion of as little as 1% of the fund to 100%. The users also have the option of changing their preferences from within the app.

Suter added that there are also new features in development that will be implemented soon. The first will enable users to round off their deposits to the nearest USD. Fractional left-overs are automatically invested for the user into bitcoin. This feature, known as Round-Up, serves as a bridge to the Roll-Up which creates more avenues for users of the app to invest in BTC.

Early this year, CashApp announced support for the Lightning Network, Bitcoin’s layer 2 project that gives users access to faster and cheaper transactions. The January integration gives Cash App users the ability to receive or send bitcoin payments via the LN.

This transaction is off the Bitcoin mainnet or L1 and saves the users time and money. The LN demands compatible wallets to work and the integration with CashApp ensures that the platform’s 30 million active users have access to the network. The company claims that its LN support enables near-instant payments.

The company highlighted that US users have access to the service, except those in New York.

Block, the company’s parent company, has been working towards Bitcoin adoption through a number of coordinated projects. One of such projects is TBD, a BTC-focused DEX, described as building a decentralized, open financial system for all.