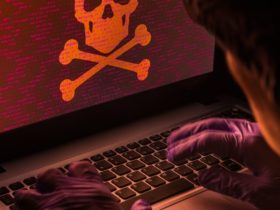 At last, Cardano is about to launch its most recent upgrade, Shelley. According to Cardano’s Founder Charles Hoskinson, this will be made available to the public on 9 June, while it will roll out on June 30 with possible extension to 7 July should things not work out as planned. Speaking earlier today, Hoskinson dished out more details on the release.

“Guys wanna know when Shelley is? Let’s tell ya,” he said today. “June 9, this is when it opens up to everybody. The next date we have for you is June 16, that’s when we start putting things together end-to-end,” he said.

“If everything works without a hitch, June 30 we’re shipping Shelley,” he added, saying that, if something goes wrong, it might get delayed to July 7. And users must update by July 20,” he added.

The Cardano team has been working on Shelley for quite some time now. It is an upgrade that will bring true decentralization and incentivize the Cardano network through a Proof-of-Stake algorithm. This is expected to further secure the network and make it more robust. Hoskinson has said severally that the vision of the project is to become the lead cryptocurrency project in the blockchain space in 2020.

In line with this, he added that the Shelley era, through its advanced Ouroboros consensus algorithm will help towards bringing the network closer to achieving its goals in the year 2020 which he said is the year of Cardano. Through the algorithm, ADA holders can stake their coins to maintain the integrity of the network and get rewarded with more in return.

To further the adoption of ADA and increase the relevance of its network, Cardano last year launched AdaPay, a payment gateway through which merchants can accept payment in ADA for goods and services. The project has also ventured into several other aspects of blockchain applications like certificate verification and transparent governance with a lot of influence and presence on the African continent.