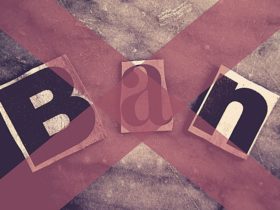 Weiss Crypto Ratings, one of the widely accepted rating systems for digital currencies, seems to have split a section of the crypto community, sparking fresh discussions.

In a recent tweet, Weiss has declared that Cardano’s ADA is “vastly superior” to EOS. According to the tweet, Weiss admits that EOS was first in the market but that means next to nothing with the current state of events surrounding both projects.

“Cardano is clearly superior to EOS. EOS was first to market, but it’s becoming increasingly clear that of the two, Cardano is vastly superior.”

In a subsequent tweet, Weiss goes into a little more detail about the conclusion. The crypto rating platform has accused EOS of centralization, something that has been hung on the EOS neck for a while now.

Furthermore, EOS also stands accused of some partiality, favoring members of its community that is a little more invested than others. Weiss says:

“Not only does EOS have problems with centralization, but lately, the network has also been unable to process any transactions for anyone who doesn’t have a substantial amount of EOS locked up and staked. This is a result of EOS trying to go with a feeless structure.”

As expected, not everyone will ever agree with any ratings, even from a platform like Weiss. In response to the tweets, another user accused Weiss of a history of being partial towards IOTA and ADA, against EOS, describing the alleged partiality as “a shameful bias.”

It might be important to note that a few months ago, EOS was officially demoted by Weiss, because of centralization issues. Late last year, a report from DataLight analysis firm revealed that 69% of all of the network’s tokens were held by just a hundred addresses.

Centralization issues will always be frowned out and any mention of it could very easily tick the community off. Till today, there are people who have issues with Ripple because it supposedly holds an unfair percentage of available tokens.