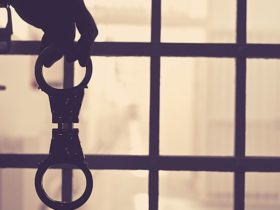 Yuga Labs, the creator of the ever famous Bored Ape Yacht Club (BAYC) NFTs took to Twitter to announce the launch of their latest cryptocurrency token ApeCoin. The firm later added that they have also set up an “Ape Foundation” and a Decentralized Autonomous Organization that is set to govern the proceedings related to the new token.

BAYC famed Yuga Labs has finally launched its new crypto token ApeCoin, which is described as “a token for culture, gaming, and commerce used to empower a decentralized community building at the forefront of web3. “

The announcement which was made via Twitter on Wednesday adds that the new token launched will essentially act as “an official currency for the BAYC ecosystem.”

The token will be owned and regulated by the ApeCoin DAO, a decentralized autonomous exchange that will be allotting governance rights to the token holders over the DAO’s ecosystem funds. As per the announcement, users will be able to join the membership of the DAO on one condition which primarily requires users to hold the ApeCoin token.

The DAO will further be operated by the ApeCoin foundation, which according to the Twitter announcement will act as a “legal steward of ApeCoin” to administer the decisions made by the DAO.

“The airdrop claim consisting of 15% of the total supply of ApeCoin will be made available to @BoredApeYC NFT holders (Bored Apes and Mutant Apes, as well as #BAKC dogs paired with either #BAYC or #MAYC)..” The Twitter thread further adds.