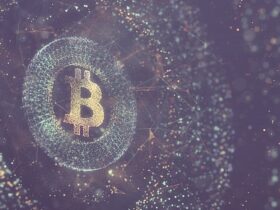 El Salvador Has Purchased Additional 80 BTCs, Following In The Footsteps Of MicroStrategy

After several years of sacred services devoted to anonymizing crypto transactions, the administrator of Bitcoin Fog, a popular dark web network has just been caught on the wrist and arrested by the US authority.

Bitcoin Fog is known for its obscuring services to making the source and destination of user’s crypto transactions untraceable. The firm has been traced to a bitcoin laundering scheme, that involved $336 million worth of Bitcoin’s over 10 years ago.

A statement from one of the IRS officials reads;

The suspected administrator being Roman Sterlingov, a Russian citizen has been arrested and charged with laundering over $336 million worth of bitcoin.

Interestingly, the suspect was traced and noticed by the IRS via a trail of one of his transactions that he did over a decade ago despite his expertise in concealing crypto transactions.

The investigators claimed they adopted the same blockchain analysis Sterlingov uses for his concealed transactions to track him down.

Per the report, Bitcoin has just proven its ability to allow investigators to snitch on anonymous transactions through its feature of transparency.

According to investigations by the IRS, Sterlingov was initially noticed due to the purchase of a server hosting for Bitcoin Fog that he paid for ten years ago.

“This is yet another example of how investigators with the right tools can leverage the transparency of cryptocurrency to follow the flow of illicit funds,” co-founder of Chainalysis, Jonathan Levin affirmed.