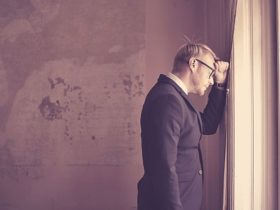 Russia Would Still Have A Hard Time Evading Sanctions With Crypto: Report

A few hours after Binance announced that it had halted the opening of new futures trading accounts by Hong Kongers on Friday, Binance.US C.E.O Brian Brooks later announced his resignation, after heading the US-based branch of the biggest crypto exchange in the world for only three months. Minutes later, the resignation was put up on the Binance US Twitter page.

Although he did not disclose in detail the reasons for the unforeseen resignation, his tweet which particularly stated that there had been “differences over strategic direction” was telling in many ways as he hinted at a possible inside administration struggle within the upper echelons of the exchange.

In acknowledging the resignation, Binance founder and CEO CZ jolted a collected congratulatory message to the Ex-CEO for having diligently headed the Binance team in the US.

“Brian’s work for Binance.US has been invaluable and we hope he will continue to be an integral part of the crypto industry’s growth, advocating for regulations that move our industry forward. We wish him the very best in his future endeavors,” he said.

The late-night announcement immediately sparked mixed reactions within the crypto community with a section of followers believing that the recent censorship and bad blood between regulators around the world and the Exchange could have been the main driving force to Brian’s resignation.

Other onlookers were apprehensive that Binance was on the verge of collapsing warning investors to immediately withdraw their funds, citing the current woes facing the exchange as alarming.

“Better take all your crypto off Binance and onto a cold storage wallet, before you lose everything. This is a tall telling message folks.” One member shouted.

Previously, the exchange has found itself embroiled in tough regulatory battles and claims of money laundering with States in which it has tentacles and more recently having been dealt a blow for being forced to shut down its futures and derivatives trading in Germany, Italy, and the Netherlands citing difficulties in conducting business amid growing regulatory scrutiny.

The exchange’s CEO has however on several occasions maintained that the Exchange is committed to welcoming and abiding by regulations set out in countries that it operates and assures that Binance is pivoting from reactive compliance to proactive compliance.