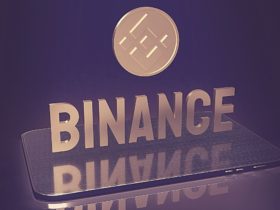 Cryptocurrency exchange Binance has been facing a lot of scrutinies lately. No less than seven regulatory bodies in different countries including the US, Japan, the UK, and Germany have issued warnings against Binance’s status. Most tend to warn that Binance does not have permission to operate an exchange in their domains and so customers face high risk in dealing with them.

“Effective immediately, stock tokens are unavailable for purchase on Binance.com, and Binance.com will no longer support any stock tokens after 2021-10-14 19:55 (UTC)” the announcement reads, further advising current holders of stock tokens to either sell them, keep holding till the aforementioned date when they will be closed according to the closing price of that day, or transfer them to other platforms. Notably, customers residing in the European Economic Area (EEA) have the option of migrating their stocks to a soon to be opened platform, CM-Equity AG, a Germany-based business.

A storm seems to be brewing at the exchange as not long before this announcement Ricardo Da Ros, director of Binance in Brazil, announced his resignation Wednesday after six months at the company citing “misalignment of expectations.”

Binance on its side has restated its commitment to moving the crypto ecosystem forward. It is worthy of note that the delisting of stock tokens by them may be a move in the direction of better regulatory compliance as several regulators have noted offering stock tokens are a “regulated activity.”