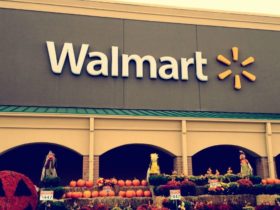 American billionaire, entrepreneur, and also investor, Mark Cuban, was hosted by Anthony Pompliano in his online podcast that was posted on April 24, 2020. In the video, they discussed the barriers to the mainstream adoption of Bitcoin and how much money Cuban has accumulated since accepting Bitcoin payments at the Dallas Mavericks.

“We’ve put it up for the Mavs. We did it originally four years ago and no one bought anything. Now we are taking Bitcoin – please, go buy everything in Bitcoin. I’m fine with that, right? I think we’ve brought in $130. That’s all the Bitcoin I own right now.” Cuban said.

Cuban acceptance of Bitcoin comes just a few days to the halving event, which as per the crypto history, is a catalyst for an imminent rally. Previously, he has been on record disqualifying crypto assets as something he would invest into.

His notion of crypto assets revolves that they have no intrinsic value, a similar thought held by fellow billionaire, Warren Buffett. Despite opening up his business to accept Bitcoin in payments, Cuban claims Bitcoin is hard to use for more than 99% of the people, who do not have an idea how to store and protect it from hackers.

His move to add BTC in his line of business is similar to other institutional investors who are hurrying not to be left behind by the next wave of a bull rally that might see the asset move beyond the 2017 all-time high of $20K.

Just less than a month ago, Cuban was in a Kelvin O’Leary’s Youtube show, where he was asked his thoughts regarding the future of blockchain and cryptocurrency. In his argument, he said that blockchain is a feature of cryptocurrencies, and they should be regarded as two different entities.

He went ahead to say that he does not own any of the cryptocurrency since he has an issue with how the assets are valued. “With Bitcoin, some people value it as a store of value, which makes it like baseball cards, art or golf,” he said.

“People want to invest in it because they think, if certain circumstances occur, there will be other potential buyers at that value” He added.

He, however, said that blockchain has some intrinsic value but not as high as what crypto trades for. Whether or not Bitcoin has value, he is on the train, and very soon the $130 might increase in value and change his perception of crypto assets.