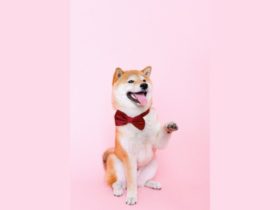 Crypto Exchange Binance To Give Away $100,000 In Shiba Inu (SHIB) To New Users

There have been so many interesting innovations in the blockchain world over the years. The technology is permeating through several sectors, and the latest addition to that is the gaming industry.

The combination of decentralized finance (Defi) and gaming brought about the creation of GameFi, the latest blockchain rave, following non-fungible tokens (NFTs). Today we will be talking about GameFi, so if you’ve never heard of it—or you have, but never fully understood it—then get comfortable and read on.

GameFi is simply the combination of Defi and gaming; the gamification of Defi. Going further into it, I’m sure we all enjoy playing video games, but can you imagine playing your favorite game and making money off of it at the same time? That’s what GameFi or Play-to-earn is all about. Playing games and earning in the process. The idea is pretty straightforward. You play a game; You earn crypto. Or you play a game, collect rare items, and exchange them for money. These are the play-to-earn NFT games.

I’m sure by now you’ve heard a thing or two about non-fungible tokens. Simply put, an NFT is a digital asset with proof of ownership. They’re rare, unique assets; could be an art, an emoticon, or a picture.

Digital assets in play-to-earn games range from weapons, lands, creatures, etc. in the form of NFTs. These assets are clone-free due to their distinctiveness and can be worth as much as a million dollars or even more. When you collect an asset in a play-to-earn game, you have sole ownership of the said item. All digital assets are secured on a distributed network, reducing the chances of cyberattacks.

If you’re a gamer, and you love making money, then this is for you. I mean seriously who doesn’t want to have fun and get paid for it?

How Secure is GameFi?

NFTs on play-to-earn games are completely unique and can’t be cloned. They belong to you forever, unless you sell them. All tokens and assets are secured on a distributed network using blockchain technology that proves ownership, validity, and scarcity.

The blockchain network operates in the same way as an intrinsic database maintained by a distributed network of computers, meaning that every item has a root of the blockchain data. The uniqueness of an in-game asset’s value is one of the most important factors of GameFi. A one-of-a-kind item can never be duplicated. This helps to create genuine value for these assets.

As GameFi keeps rising in the blockchain industry, several play-to-earn games are being created. Take a look at the top three below.

Inspired by Pokemon, Axie Infinity is, without a doubt, the most popular play-to-earn game. It is an NFT-based fighting video game where you can collect NFTs of creatures known as Axies and have them battle other Axies. In order to get started on Axie Infinity, you need to have at least three Axies. A player once sold an Axie NFT for 300ETH, which at the time was well over 1 million USD.

Axie Infinity adds the element of ownership and money-making to the entertaining and enchanting concept of Pokémon. The Axies you collect is completely yours, and they come with rewards in the form of  SLP (Smooth Love Potion) tokens that can be exchanged for fiat money.

Star Atlas is a personal favorite. I’m telling you the premise, set-up, and storyline of this next-generation video game is seriously captivating. Star Atlas is a multiplayer online role-playing game set in a 3D virtual reality, futuristic, multiverse in the year 2620.

In the star atlas world, you can own lands, build towns/cities, go on quests and have many adventures, compete or collaborate with other players. Star Atlas is built on Solana. Even before the game got released, its marketplace and two supported cryptocurrencies, ATLAS and POLIS, saw quite a rave.

Decentraland is built on the Ethereum blockchain. It is also a virtual reality Utopian video game where you can design your own 3D virtual world, socialize with other players, create your own lands, marketplaces, applications, and estates, and monetize digital assets. Everything you own comes with a certificate to prove your ownership.

In Decentraland, you can earn money in the form of two tokens: LAND (an NFT used to clarify ownership of digital land parcels and real estate) or MANA (A crypto that can be used to buy LAND NFT and virtual assets).

Other popular play-to-earn games include:

The Future of GameFi

Almost half the population of the entire world plays games today and the industry is worth nearly $300 billion dollars. The integration of Defi, games, NFTs and the metaverse is no doubt shaping the industry and the world in general thanks to blockchain technology.

Play-to-earn games are becoming more and more popular and sophisticated as a lot of people get into them. Following in the footsteps of on-chain metaverse pioneers Decentraland, the Sandbox game, and a growing number of NFTs games are selling virtual lands as NFTs.

These games are entertaining, captivating, money-making opportunities, and incredibly successful to the developers. From what I can see, the future of GameFi appears bright and I am personally very excited to see what it has to offer and how it evolves in the coming years.