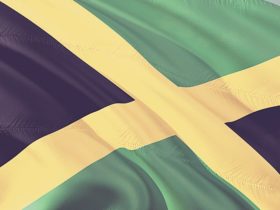 A senior official from the Bank of Japan has urged the G7 nations to adopt a common crypto regulatory framework as soon as possible to avoid digital currencies being used as a tool by Russia to evade sanctions imposed on it.

Russia has recently become a center of intense regulatory scrutiny amid concerns that the country may use cryptocurrencies and virtual assets to evade sanctions.

G7 Nations Must Speed Up The Process To Adopt A Common Crypto Regulatory Framework: BoJ

According to a Reuters report, Kazushige Kamiyama, a senior official from the bank of Japan has stated that the G7 nations must adopt a uniform crypto regulatory framework to impede Russia from making use of digital currencies as a means to evade sanctions.

According to Kamiyama, crypto-assets such as Stablecoins can affect the global settlement system as they are capable of bypassing conventional payment channels such as US dollars, euros, and yen.

G7 nations are now working together on this front while sharing information on current developments,” Kamiyama later added.

Kamiyama also stressed the fact that the regulatory framework would also affect the design of Japan’s CBDC, the digital yen, which is in the works presently. Kamiyama, who is involved in the development of the Digital yen, later added that the need to balance privacy and money-laundering concerns will also influence the discussion on the design of a digital yen.