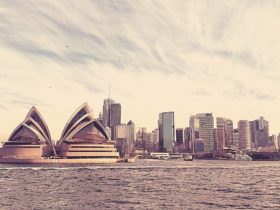 Australia Moves To Overhaul The Digital Currency Space In The Country

The worldwide debt was the general topic on the latest edition of Max Keiser’s TV show, The Keiser Report.

Keiser dove into the topic by bringing up recent remarks made by a senior government official in Singapore. The chairman of the Monetary Authority of Singapore, Tharman Shanmugaratnam, warned just days ago that the levels of debt around the world are reaching dangerous heights.

“But I don’t believe that the new higher levels of debt that many countries are now moving towards are going to be sustainable without imposing significant costs on growth as well as equity within their societies.”

Keiser agrees that the issue has always been important and at times has loomed on the verge of catastrophic, but now we are reaching an “inflection point” according to the bitcoin maximalist.

Keiser says that after reaching a certain point we will face some serious problems, and a lot of industries will be set back. When it comes to the amount of debt that has accumulated around the world, Keiser says that “there is no capacity for the Earth’s economy to carry any more,” and that “we’re at the saturation point.”

As the debt continues to pile up, Keiser warns that the consequences will be felt by average workers and consumers rather than the multinational corporations that have pushed us to these irresponsible levels of debt.

“Now, every dollar that these central banks print will go directly into consumer price index inflation, and you’ll see it at the cash register immediately. And that’s going to incredible social unrest.”

During the show, Keiser also made note of MicroStrategy’s sizable Bitcoin purchases over the past months. In the face of a debt crisis, he predicts more companies will be converting large portions of their reserves to BTC because of its similarities to gold. And Keiser insisted that the current volatility is a part of Bitcoin’s growth and not necessarily an indication that it moves with the stock market.

“Bitcoin, like Gold, is inversely correlated to the USD — not the stock market,” Keiser argued. “Don’t be fooled by randomness.”