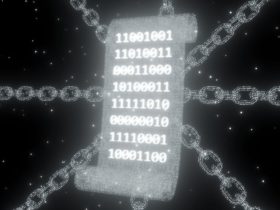 Vitalik Buterin, the crypto genius behind Ethereum, is in Argentina. The 27-year old spoke with the former president of Argentina Mauricio Macri during a cryptocurrency event hosted by Web 3 protocol, The Graph to commemorate the project’s first anniversary since its launch on the mainnet.

During the private meeting, the Argentina ex-president showered Ethereum with praise.

According to Macri, the duo discussed the role played by crypto and blockchain technology in national states. He went ahead to tout the world’s second-largest cryptocurrency, Ethereum, as the most innovative decentralized technology of the 21st century. Ethereum is hands-down the most popular platform for smart contracts, decentralized finance (DeFi) lending, non-fungible tokens (NFTs) minting, and other sorts of wizardry.

While Ethereum has a gas fee problem, the cryptocurrency’s fans could care less about the current weakness as the network’s scaling solution is just around the corner.

Macri also believes the network’s native currency Ether is one of the best-valued assets. At the press time, ETH is trading at a price of $3,781 after registering an all-time high of $4,878.26 on 10 November. This was just prior to the broader market downturn that has put pressure on prices across the crypto space as the market heads into the final days of 2021.

The Graph event was attended by various entrepreneurs and business moguls including JPMorgan’s Head of Tech disruptors Tomi Pierucci and the bank’s managing director in Argentina Facundo Gomez Minujin, and Decentraland’s Esteban Ordano, among others. Some reports suggest that the meeting was promoted by JPMorgan.

Buterin’s visit to Buenos Aires was rather unexpected and Ethereum has not disclosed any details to the public. Nevertheless, officials of The Graph were excited to have the Russian-Canadian co-creator of Ethereum stop by their event.

The Graph’s Lorena Fabris, for instance, referred to Buterin as the Messi and Maradona of crypto. Fabris also told Forbes Argentina that Buterin’s visit to The Graph and the local crypto community was a huge boost for the decentralized indexing protocol as more people are now aware of it.

Buterin has been touring all over Latin America for the last three months and he wanted to visit Argentina as he also had a couple of meetings set up for him. He is now evaluating the next pleasant places he should visit next.