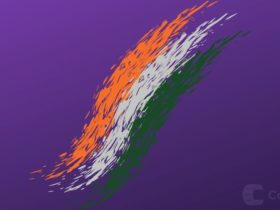 Layer-1 blockchain Aptos launched its mainnet last week Monday but the day was not short of internal community disputes and failed promises regarding its network capabilities.

Aptos (APT) co-founder Mo Shaikh has acknowledged the disappointments surrounding its launch stating that “it could have gone better.”  The first concern after the launch came from its transaction speed. Prior to the launch, Aptos boasted of fast transactions per second (tps) hitting 130,000 tps. This incredibly fast blockchain endeared it to many users with web3 developers also heaping praise.

The story changed after the launch as the network recorded 7 tps even less than the Bitcoin blockchain. Shaikh has commented on the low speed highlighting that he expects it to rise over time.

“the network idling ahead of projects coming online, the transactions per second number should increase with more activity.”

The second concern post-launch came from the community about its token distribution. The distribution was perceived as not community centered as many suspected fraud from the delay to release the distribution chart. Shaikh later explained that the company’s tokenomics “put the people at the core” attributing the controversy to a mix-up.

The Aptos Foundation responded by announcing a 20 million APT airdrop to early network participants. Its community called out the network for failing to enforce strict anti-Sybil attack protocol resulting in some users getting more than others. Issues of price manipulation also came up: a user sold 189,567 on Binance dragging the price down by $2.

After its controversial launch, the price of APT fell over 40% from about $58 to $8.15 barely 24 hours into its mainnet debut. The fall was occasioned by several factors including the shutdown of the APT contract making users unable to close their positions on FTX. APT currently trades at $9.63 at press time.

In addition to these, Paul Fidika a former developer at Aptos revealed that he quit the company due to “dodgy tokenomics,” highlighting that the network handpicked its validators. He went further citing the network using the proof-of-stake model for its “economics rather than security.”