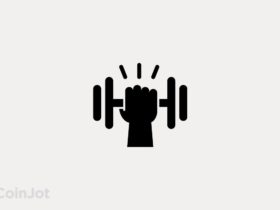 The world’s largest retailer by total company revenue Walmart is set to make an entry into the crypto industry. This is after the mega-corporation posted a cryptocurrency job, the first within its job ranks.

The job opening called for applications for a Digital Currency and Cryptocurrency Product Lead who would be situated in the Corporations headquarters in the U.S. Going by the advert, the employee would be placed in the payment processing docket as the company purportedly plans to start receiving payments in crypto.

The mega-retailer joins a growing list of traditional companies on the prowl for a workforce within the cryptocurrency talent pool. In late July, the second-largest retail chain globally, Amazon also posted a similar advert, calling for applications for a Digital Currency and Cryptocurrency Product Lead who would operate under the Payment Acceptance & Experience Team which is responsible for how Amazon’s customers pay on Amazon’s sites and through Amazon’s services around the globe.

Amazon’s advert sparked a lot of buzz in the crypto community triggering a surge in bitcoins’ price as word went around that the retailer had declared backing for bitcoin, speculations that it later flatly denied.

The weekend posting by Walmart caused a spirited surge by the world’s oldest cryptocurrency with prices slightly touching an ATH of $48,000 since the dip. Bitcoin’s price now seems to be well above its greatest hurdle as it sits on the $44,000-$46,000 support painting a picture of incoming strength which could propel it towards this year’s ATH. With companies such as Walmart joining the space, there can be only one side to the currency’s directions.