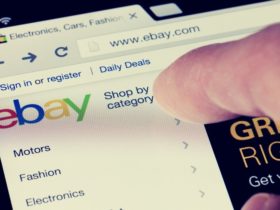 eBay Expected To Announce Decision on Crypto Payments Next Week

AMC theatres CEO Adam Aron took to Twitter to announce that the popular theatre chain will now be accepting payments in meme currencies such as Shiba Inu and Dogecoin.

After immense speculation and contemplation, AMC theatres CEO Adam Arons announced that the leading theater chain is all set to accept payments in Dogecoin and Shiba Inu. The organization will be adding support for these two cryptocurrencies starting March 19th, 2022.

AMC theatres previously accepted Bitcoin and Ethereum as payments for its tickets and services, now the firm has announced the addition of Shiba Inu and Dogecoin which may help the theatre chain secure a more diverse user base.

AMC theatres, known as one of the oldest theatre chains, had earlier ventured into the realm of cryptocurrency by announcing that they will accept payments in BTC and ETH for its ticket and services.

Moreover, AMC theatre chains were met with consistent requests to add Shiba Inu and Dogecoin as credible methods of payments, since both the meme currencies have accumulated a vast user base and have a consistent fan following.

However, AMC theatres Adam Aron took time to evaluate and later added support for Dogecoin, which at the time, could only be used to purchase digital gift cards. Similarly, In November 2021, Aron informed that AMC will be adding support for Shiba Inu soon, however, no further details were revealed at that point.

“This might rev up the Cryptocurrency fans amongst you. AMC IT says that BitPay will be live for AMC online payments on our website by March 19, and live on our mobile apps by April 16. Possibly a few days earlier. BitPay, and therefore soon AMC, accepts DogeCoin and Shiba Inu.” Aron announced via Twitter.

Furthermore, AMC theatres will also be collaborating with payment giant BitPay to facilitate payments in Doge and Shiba Inu. Aron also announced that the company will start accepting payments in two meme cryptocurrencies by March 19th whereas the mobile application users will be able to conduct such payments by April 16, 2022.