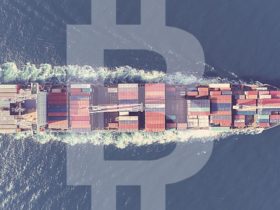 Russia May Accept Payments In Bitcoin For Natural Resources Export

Ripple announced it has settled legal issues with YouTube that sought to protect XRP consumers. Ripple filed a lawsuit against YouTube last year accusing the video-sharing platform of turning a blind eye to giveaway scams that defrauded users.

“Last year, Ripple and I sued YouTube for failing to enforce its policies by allowing fake accounts (impersonating my/Ripple’s verified accounts) to conduct XRP giveaway scams. We’ve now come to a resolution to work together to prevent, detect and take down these scams.”

Garlinghouse, further explained that social media platforms have a major role to play in the cryptocurrency ecosystem and should take the lead in stopping crypto-related scams.

Ripple and Garlinghouse filed a lawsuit last year against YouTube accusing it of damaging their brand and reputation. In the lawsuit, Ripple also sought to have the court forbid YouTube from benefiting from the scams conducted on its platform.

As per the reports, most of the scams involved hackers taking over accounts belonging to crypto influencers. After the hack, the attackers would then post a video on the accounts advertising an XRP giveaway asking viewers to send a small amount of the cryptocurrency to get the giveaway. Notably, these hackers managed to steal from numerous users on the platform. In one instance, a scammer managed to steal about $15000 worth of XRP from a victim. While commenting on the issue Garlinghouse explained:

“For every scam, giveaway, fake conspiracy that is taken down, multiple more pop up nearly immediately. YouTube and other big technology and social media platforms must be held accountable for not implementing sufficient processes for fighting these scams.”

In July 2020, YouTube moved to dismiss the lawsuit by Ripple. The motion to dismiss relied on section 230 of the Communications Decency Act that protects companies from content liability. YouTube also added that it had done its part in taking down the accounts once it was notified of the hack.

There has been an increase in crypto scams over the years as cryptocurrencies continue to gain popularity. A study conducted last year by Whale Alert, an analytics firm found that in the first six months of 2020, YouTube users lost about $24 million in cryptocurrencies.

While Ripple and YouTube have resolved the matter, others like Steve Wozniak, Apple co-founder are still suing YouTube for allegedly allowing “crypto giveaway” scams that use fake accounts purporting to be him.

South Korea has obtained an Interpol-issued “Red Notice” for Terraform Labs co-founder Do Kwon wanted in the country over the dramatic collapse of the Terra ecosystem back in May.

Legal troubles for Terraform Labs co-founder and CEO Do Kwon have reached new heights as a court in South Korea issues an arrest warrant against him.