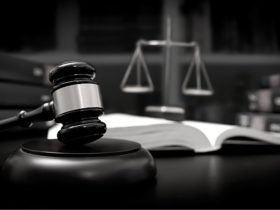 U.S. Regulators Are In Court To Recover Embezzled Funds From Sony That Were Changed To Bitcoin

More than half of 1,233 people in Salvador do not approve of Bitcoin’s legal tender, according to a new survey conducted by pollster Disruptiva, an affiliate of Francisco Gavidia University.

According to a report by Reuters, the poll said that while 54% think the decision by El Salvador’s president Nayib Bukele to legislate bitcoin as an official currency is “not at all correct”, a further 24% think that the move is “only a little correct.”

Surprisingly, the survey found out that the people who are happy about Bitcoin’s new legal status in the country are less than 20%.

Additionally, 46% of the people admitted to knowing nothing about bitcoin while a whopping 65% said that they weren’t open to being paid in the benchmark cryptocurrency.    El Salvador has a population of over 6.825 million people with a high literacy level of 89.1% by 2018, as per data by Statista.

Disruptiva said that the survey was carried out in the first four days of July with a 2.8% margin error, and featured respondents from all across El Salvador.

The head of Disruptiva’s institute of science technology and innovation, Oscar Picardo said that the survey revealed that president Bukele seems to have made a risky bet with BTC.

“This is a risky bet on digital transformation.”

The news came a month after bitcoin was approved as an official parallel currency to the dollar, allowing people and businesses to make payments or get paid in Bitcoin.  The president said that Bitcoin will bring financial inclusion, investment, tourism, innovation, and economic development to the country.

The decision also made El Salvador the first country in the world to legalize bitcoin and has been applauded by the cryptocurrency community as a smart move that should be emulated by other governments, especially in developing countries.

Despite the enthusiasm, the IMF and the World Bank have already criticized president Bukele saying that this could have both negative economic and regulatory repercussions and should be monitored closely.

However, Bukele is still betting big on digital transformation. On the same day as the legal tender’s announcement, Bukele also said that the country will open up BTC mining opportunities for interested mining farms to use the country’s renewable geothermal electricity tapped directly from its active volcanoes.

Meanwhile, the BTC legal tender will be launched on September 7 and will start with a $30 BTC airdrop to any citizen willing to sign up for the government-developed BTC digital wallet, Chivo.