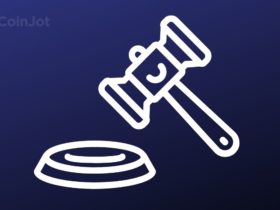 One of the most outstanding achievements by Bill gates has been his ability to accurately predict the future of the internet.

In his 1999 book titled “Business @ the Speed of Thought,” he spoke of things most at the time considered outrageous. From people carrying around tiny smart devices to instant payments online, personal online assistants, social media, online meetings among other developments he envisaged, everything that Bill said has come to fruition and become a significant part of people’s lives.

Now, the Microsoft founder is making another surreal prediction about the metaverse.

The Metaverse Is Inevitable

According to an End of Year Note published this week, Bill speaks of a time when people will be able to do virtually everything on the metaverse.

“Within the next two or three years, I predict most virtual meetings will move from 2D camera image grids—which I call the Hollywood Squares model, although I know that probably dates me—to the metaverse, a 3D space with digital avatars.” He says.

According to him, people will use their avatars to meet with others in a virtual space that replicates the feeling of being in an actual room with them.

“To do this, you’ll need something like VR goggles and motion capture gloves to accurately capture your expressions, body language, and the quality of your voice,” he adds.

Bill’s assertions on the acceleration of a metaverse-dominated world are mainly as a result of the COVID 19 pandemic which has disrupted some of the most congressional ways of life. “Even after this pandemic ends, it’s clear that much of the digitization it brought on is here to stay,” he continues.

Avatars in Education And Healthcare

The Billionaire further predicts that the metaverse will eventually roll out into education and services such as healthcare. “Unlike offices, schools will go back to only in-person instruction,” he says adding that the focus now should be on making the internet more accessible to homes. Although telehealth is not entirely new, Bill predicts healthcare will transform in a big way making treatments and patient-doctor engagements seem almost in-person.

Although Gates is alive to the fact that a larger portion of the global population is yet to own the tools or better yet learn about the metaverse, he is confident that the adoption will be seamless now that a huge population already has PCs or Smartphones.

Luckily, Microsoft just like Meta and a list of other firms is already exploring and building in the metaverse. Last month, the company unveiled Mesh For Microsoft Teams, a feature that allows teams to meet using avatars in the metaverse. The company has also been building a virtual campus dubbed The Nth Floor on the verse even as Microsoft plans to roll out a new software next year, which uses your webcam to animate an avatar.